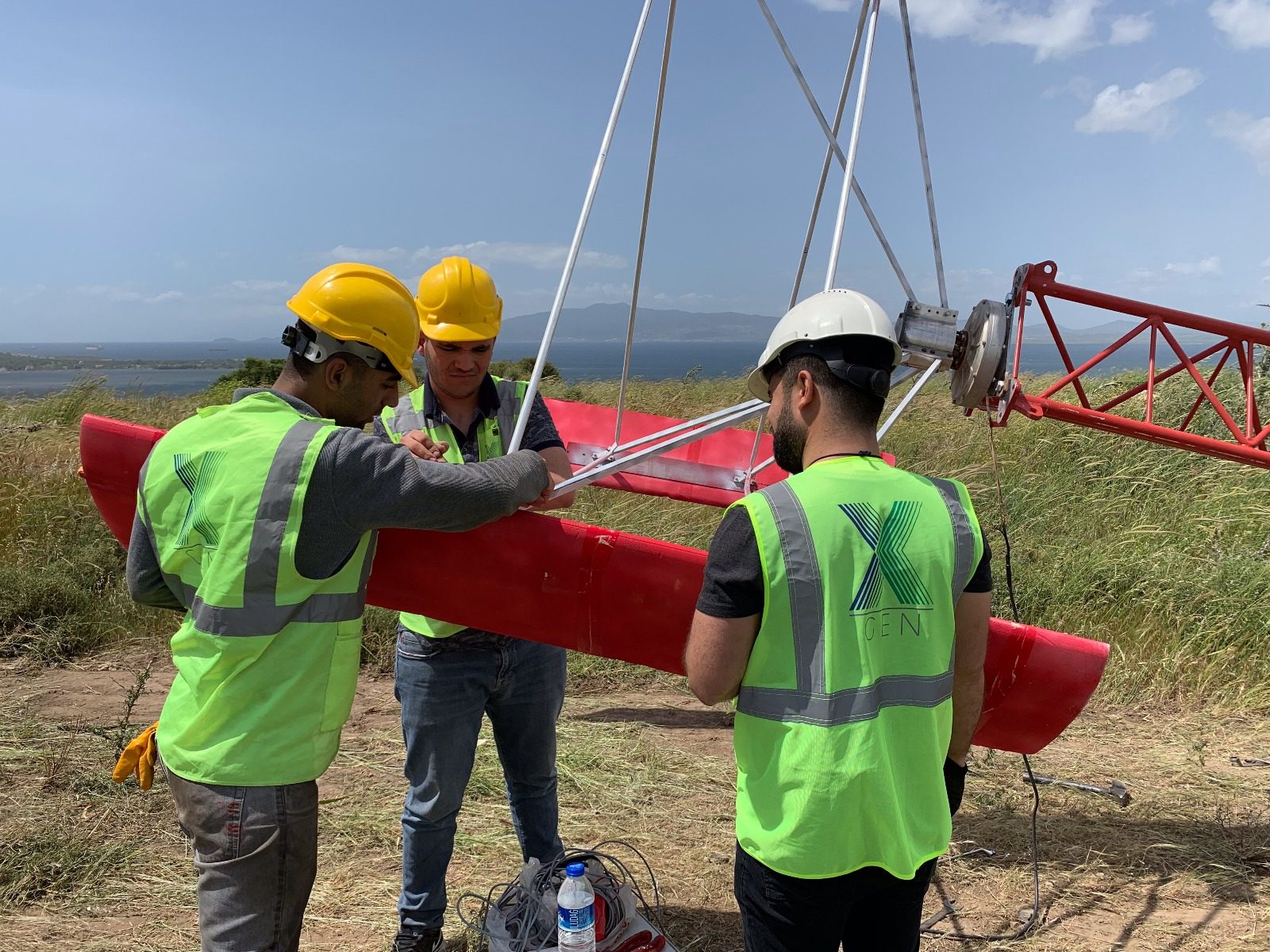 After the completion of the office tests of the first prototype of WIND-ER 5.2, the field tests were started.

The design parameters of small scale vertical axis wind turbine WIND-ER were studied by 100% in-house. Thanks to its Darrieus design, it always produces torque in the same direction, independently from the direction of the wind. The WIND-ER series turbines are operated at low rotational speeds thus makes the WIN-DER environmentally friendly and comfortable due to the its silent operational characteristics.

For the performance tests of the first prototypes which have 1kW and 0.5kW rated powers, the recommendations of the Annex-H of the IEC-61400-12:2017 standard is employed. Therefore, a wind measurement station was  also installed within the same site of WIND-ER 5.2. Following parameters are being logged in each second by the data logger of ZENITH manufactured by KINTECH ENGINEERING:

All measured datas are stored as 10min. average to the datalogger and followed by WIND-ER Engineers as real time.

R&D studies to improve manufacturing techniques of the blades are going on. In addition to current blades, steel and composites prototypes are being manufacturing now. NACA4418 type air foil with 38cm chord length is employed for the WIND-ER 5.2.

It’s almost done! We are ready for sites. We proudly say that “WIND-ER is COMING” We have presented our latest products and services to the global market at the WIND-EUROPE, a poster prepared by WIND-ER turbines was also presented. The bush-tree concept introduced to the market which defines the implementation of pairs of vertical wind turbines to the WPPs consist traditional horizontal axis wind turbines.
You can download the full version of the poster below:

Energy Interaction of Vertical Axis Wind Turbines Working In Pairs: A Case Study And An Application of IEC61400-12-1:2017

Wind-Er is accepted as R&D project by Technopark of DokuzEylul University. So, we’ll keep continue to develop Wind-Er at the technopak and of course you are already invited to our new office ! WIND-ER is a great choice for urban ! Thanks for wind-er’s low speed & high torque design, it’s one of the most silent small-scale vertical axis wind turbine ever !

We will be in Istanbul for ICCI2017 on 3th and 4th of May, let’s meet to discuss business opportunities ! Now, we have Turkish language support for our clients from Turkey!
Enjoy it !

Welcome the wind-er blog. We ‘re happy to post updated news about us here.